Father David Bissias was born November 24, 1967, in Chicago, IL.  He was raised with parents Mary Ann and George and younger sister Nicole in suburban Elmhurst, while attending the Holy Apostles Greek Orthodox Church of Westchester, IL.  In 1982 he met Father Jon Magoulias, then the pastor of Holy Cross Church in Justice, IL, who inspired him to pursue preparation for service in the Church.

After graduating from York Community High School, he attended Hellenic College/Holy Cross Greek Orthodox School of Theology in Brookline, MA, from which he graduated in 1993 with the Master of Divinity (with Distinction) degree.

In August, 1993, he married Georgia Pateras of Tustin, CA, whom he met while she was a student at Hellenic College.  Presbytera Georgia's eldest sister is also married to a clergyman, and Presbytera Renee served with her husband, Father Martin Ritsi, as a missionary in Africa and Albania before Father Martin was named Director of the Orthodox Christian Mission Center, his current position.

On February 2, 1994, the Feast of the Meeting of our Lord, Father David was ordained to the Holy Diaconate by the hand of Bishop (now Metropolitan) Iakovos of Chicago at his home parish of Holy Apostles.  He served as deacon to the bishop until Bishop Iakovos ordained him to the priesthood on the Feast of Saints Constantine and Helen, May 21, 1994 at Palos Hills, IL.  On June 1, 1994, Father began his initial assignment under the pastorate of Father James Dokos at the Annunciation Greek Orthodox Church of Milwaukee, WI, where he served as Associate Pastor until July 30, 1996. 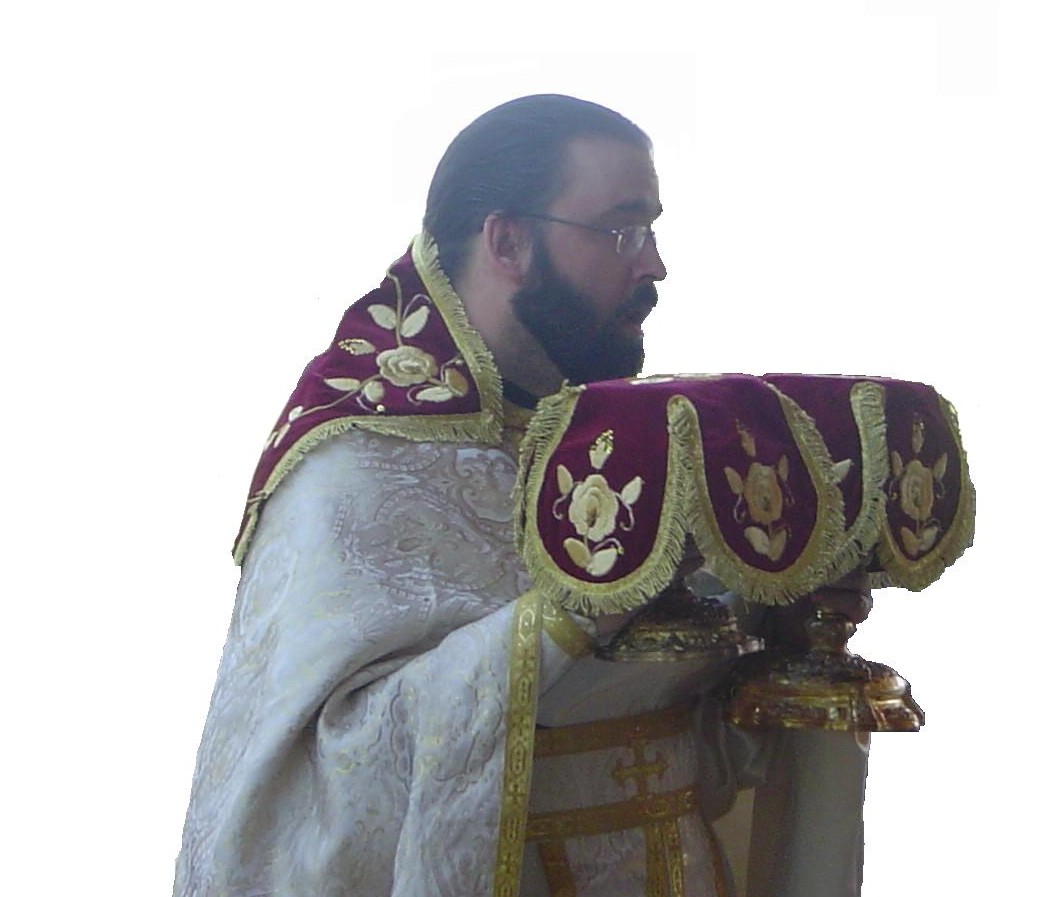 On August 1, 1996, Father began his pastoral ministry as the pastor of Saint Demetrios in Hammond, IN, following the long tenure of Father Peter Georgacakes who recently retired from active parish ministry.  Shortly thereafter, Father and Presbytera Georgia welcomed the blessing of their son George David's birth into the world.  In June, 2000, they were graced with a daughter, Efthymia Anastasia.

During his pastoral ministry, Father has continued to be active in various programs at our Metropolis of Chicago, representing His Eminence at various theological, interfaith and ecumenical events.  Father has lectured and spoken on various subjects of the Orthodox Faith (see "Activities" page for details) in a wide range of settings.

Since 1998, Father has served as a member of the Metropolis Council of our Holy Metropolis and the Bishop's Task Force on AIDS.  Since October, 2004, in addition to his ministry at Saint Demetrios, Father also serves as the Special Administrative Assistant of the Metropolis, serving His Eminence and the Office of the Chancellor in special projects and in the area of communications.

Since 2006, Father has maintained memberships in the North American Patristics Society and the Saint Catherine's Institute of Orthodox Christian Studies.  In 2008 his first book, The Mystery of Healing: Oil, Anointing, and the Unity of the Local Church, was published by the Orthodox Research Institute and is currently preparing his next publication tentatively titled "The Question of Gender: Male and Female in Orthodox Tradition."